March 02, 2013
There’s something fishy going on. Funded to the tune of $500,000 by the Oak foundation ‘Hugh’s Great Fish Fight’ (Channel 4) with the great proletarian leader himself waving the revolutionary flag of middle class conservation is setting itself up as the great saviour of the Seas. The 3 programmes have set a hare running wild in terms of facebook indignation from fishermen and an alternative site ‘The Real Fish Fight’ with a slogan of Save our Fishermen is jumping with keyboard rantings from the reasoned to the rabid.  Fishermen as a united body is something of a misnomer – as the pursuit of fish has to be individual and competitive – collective solidarity is only seen in the interdependency of crews in mutual survival in a hostile element to ensure the catch is landed so everyone can get a pay.
In 1974 fishing was of little interest to the government, but became a valuable nay essential bargaining tool for entry to the Common Market. A big interest in it meant little to an English dominated House of Commons. With the flourish of Ted Heath’s fountain pen we lost our 200 mile limit and most of the North Sea stocks to . There is black comedy to be had in the whole debacle of fisheries and the lament of those who have to tinker with the Kafkaesque regulations is that you couldn’t make it up. Fisheries regulation is a haven for the anal, the Aspergian, the jobs-worth and indeed the dehumanised and malicious civil service robot.
It is difficult to equate fishing simply with the other great industries we have lost, (cue Proclaimers). It is a mix of business owners small and large who encompass the most humble single man in a tiny boat to a multi millionaire with a massive trawler. Views similarly encompass widespread differences in attitude whether its about ‘business first’ or communities, whether crew are part of the economic model of the boat or part of the sharing of the good times and the bad.
The complexity of fishing politics is not for the fainthearted, the frustrations are age-old and calls for restrictions on beam trawlers go way back before HFW to the sixteenth century no less. Therein is the key. Like fish in a dynamic environment, fish management can never be static. There is never a final result, and never a permanent solution as change and fluctuation is what fish do. It can only be a process badly or better managed. Removing one element never equates to the simple increase of another.
In what is left of our sea where the government have jurisdiction, and only through the grace and favour of The Crown Estates who ‘own’ the seabed, the race to ‘lease off’ the Crown’s asset to proper people who can pay rents is well advanced. The fishermen who work inside the 12 mile limit are the commoners of this resource. The have no property rights to the sea they work and are now at the bottom of the pecking order among a tranche of shiny new ‘stakeholders’ who the Crown Estates see as having the ability to pay namely Aquaculture, Windfarms and Wave and Tidal Renewables.
Where does this take us then? To the position that those inshore fishermen have even less of the protection of their terrestrial counterparts in even the weakest land based industry. They are wholly at the mercy of a feudal landlord. The media are making much of the phoney rable rousing of HFW, with journalism that smacks of a pre- planned outcome prior to the end documentary.  A letter to HFW by Ruth Brown from Bird Island South Georgia can be seen on this link describing how she felt misrepresented by the documentary. https://www.facebook.com/hughsfishfight/posts/514272531957104
Fishermen are not luddites, they live, work and enjoy the environment in the same way as anyone and more than any one have a vested interest in ensuring stocks are sustainable and that the environment is healthy. They however are getting the flack for regulation induced practices that no-one in the media would take up at the time. ( I wrote to the Herald 10 years ago about discarding.)
The human reality for many fishermen out with the big players in the super wealthy bracket is that if they are catching haddock now, the prices at Scottish fishmarkets are so low (£12 per box) that boxes of edible fish are being withdrawn from sale and going as fish feed or bait. (In case anyone was unsure it takes 3kilos of wild edible fish to produce 1 kilo of farmed fish.) The derisory returns mean that crews don’t get a pay or very little after the running expenses of the boats are paid. This is wage cutting and zero hour contracts on a whole other scale and a colossal failure of the entire system. These are quality fish that are being legally landed and yet the failing system is working for no-one. Only yards away well meaning charities are distributing food parcels to people who cannot afford to eat in the Condems Coalition .
In the last century pre-separation, was exporting grain while their population starved.  Are our media choosing not to see what’s going on under their eyes and are we simply to be diverted by simplistic soundbites coming from a TV personality bent on constructing a cult following? What, many fishermen are asking will be done with all the undiscarded fish when they start to be brought ashore given that they cant sell what they are landing now. Some-one needs to work out a plan before we see landfill filling up with prime haddock and an explosion in the rat and seagull population. But more to the point will the EU and market failures of the current import and glut system continue to blindly ensure that all this protein bypasses the hungry in our country and will we continue to swallow half truths and misrepresentations hook line and sinker? 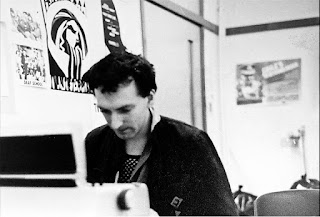